Purim is so named because Haman cast lots (Purim) to determine the extermination day of the Jews. This 3 day celebration for the Jews is taken from the book of Ester. It is similar to our Halloween in that many dress up in costumes and give treats. However, there is a huge difference in the meaning: Purim represents deliverance from evil.

Some of the Jews keep to this spiritual meaning of Purim with fasting, Torah readings and celebrating in the Synagogue. To secular Jews, it is a time to celebrate with more of a “party” atmosphere, remembering their freedom from oppressors. (The Jews have had many oppressors!)The video attached is taken on Ben Yehuda at 2:30 the 3rd day of Purim. Many families, religious and non-religious alike, were enjoying the day. As we were heading home, a religious Jewish man at the bus stop told us it is the one day of the year (Adar 14) that it is alright to drink alcohol—not to get drunk, but to be merry.  I prefer the joy of the Holy Spirit!!

Mordecai (a type of the Holy Spirit) is the real hero of the story of Ester. Resident of Susa (Persia), he kept a watchful eye for the Jews. He also stepped in to save the King’s life. All was well between the King and the Jews until Haman was elevated to a place of authority. Feeling his power, Haman required people bow to him. A righteous Jew would never bow to anyone but God. Furious, Haman found out that Mordecai was a Jew and conspired to not only kill Mordecai, but all of the Jewish people in all of the 127 provinces on the 13th of Adar. Haman built gallows of which to hang Mordecai and then commanded the citizens of Susa (modern day Iran) to kill the Jews.  Historians and commentators say that Haman was a descendant of the Amalekites who hated Jews. The Jews went to battle many times against their Amalekite enemy throughout their history. Haman had a life-time of hatred toward the Jews and knew it was his time to even the score.

At the prompting of Mordecai, beautiful Ester (Hadassah), Mordecai’s young cousin he raised as his own daughter, was brought into the king’s palace and chosen to be queen. Upon learning the fate of the Jews at the hand of Haman, Ester intervened in her people’s behalf. The evil was revealed; Haman was ridiculed and executed upon his own gallows he intended for Mordecai.

I am leaving many details out to keep the blog short. You can see how the Book of Ester has inspired countless sermons of which has only primed the well. Fuchsia Pickett has written a small book on the subject, which I like very much–a different view and depth than many others.

A beautiful truth is that the deliverance came in the moment of greatest victory right before the greatest potential of destruction. Jews have had many enemies and God has always and will always deliver them. For all of us, Ester is a picture of triumph over the enemy of our soul. Not only was Christ executed in our place, but because he was, we were given authority over all the power of the enemy.

“The king’s edict granted the Jews in every city the right to assemble and protect themselves; to destroy, kill and annihilate any armed force of any nationality or province that might attack them and their women and children; and to plunder the property of their enemies” (Ester 8:11-12). 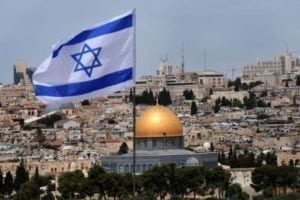 Jerusalem Assignment “I will bring [Gentiles] to my holy mountain[...]

As Shakespeare once said, “Although she be little, she is[...] 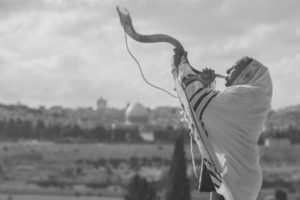